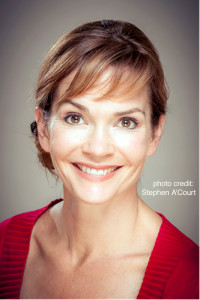 Wellington-based actor/ writer/ director/ dancer and voice artist, Nathalie Boltt, has a Bachelor of Arts Degree from the prestigious Rhodes University in South Africa with further training at The Actors Centre in London.

She trained as a dancer from the age of six, in every style from ballet to jazz, tap, contemporary, song & dance and hip hop. Nathalie specialised in dance in her Arts degree and was a founding member of The First Physical Theatre Company, the subject of an award-winning documentary ‘The Liberated Body’, which still tours internationally.

Highlights of her on-camera career include Golden Globe winner, District 9, IFTA award-winning BBC series Inspector George Gently, Doomsday, Poseidon Adventure, The Flood and TVNZ tele-features Siege and Bloodlines for which she received a Best Supporting Actress nomination. She became a household name in South Africa as a lead character in the country’s top daily Drama, The Need, and debuted in Germany as the bilingual lead in der Weisse Afrikaner.

She has extensive experience as a voice talent for commercials, documentaries and audiobook narration and played the voice of Dotty-wot in the Parents Choice Award winner the Wotwots.

As a casting assistant and acting coach, she has worked with every level of actor from amateur enthusiast to Academy Award nominee over a period of 14 years. She has given workshops on screen acting, stage combat, physical theatre, LA pilot season, the American accent and contemporary dance at such recognised performance institutions as Toi Whakaari, WPAC/ Whitireia, Cape Town University, The Actors Centre and more.

Please see www.nathalieboltt.com and www.thesilk.co.nz for more details. Nathalie is a great fan of Sir Ken Robinson, who believes all children are artists, who flourish in creative conditions.