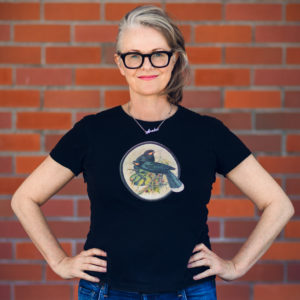 Spend 5 days in the July school holidays 2022 at the fantastic Rata Studios on the Scots College campus in Miramar, Wellington. 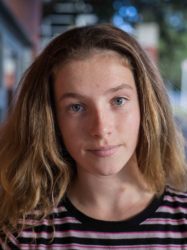 Congratulations to Madeleine McCarthy for her role in the TVNZ mini series drama BAD SEED.
Maddie attended this acting intensive for the first time in 2017 and returned again in 2019 during which time Bad Seed screened on TV for the first time! Maddie played alongside some of NZ's most well known actors and we congratulate her on her excellent performance.

NZ's premiere-league tutors will coach you on camera to reach your potential as a young actor. Acting coaches Miranda Harcourt and Perry Piercy, along with a team of top professionals from the world of the performing arts, will develop craft and spirit for up to 30 aspiring young actors from around NZ, aged 13 -18yrs.

We will hear speakers from Sir Peter Jackson’s Park Road Post Production facility. We will talk to actors and actresses from NZ about their techniques on screen, and top casting directors will talk about how to score the role.

Our work together influences my performance a great deal and I always feel so much more prepared after running the scenes and thoughts with you. You always have such great insights and techniques! Leslie could never have come in full bloom without the freedom and life you showed me. You pulled Leslie out of me and I would never have won the award without your help.
- AnnaSophia Robb, Bridge to Terabithia - Soul Surfer - The Carrie Diaries

Miranda was absolutely invaluable during my audition for Heavenly Creatures. In the course of just a few hours, she managed to help me give a performance that would convince Peter and Fran to trust me with such a difficult role. She taught me about screen acting, and gave me techniques that not only could my 15-year-old self easily understand and put into practice, but that I am still using in my work today. She helped me bring the intensity and emotion out of myself that the role required in a way that didn't damage me emotionally- she had a great understanding of what I was mature enough to handle, and pushed me without ever being scary or pushy, just supportive and encouraging. - Melanie Lynskey, Heavenly Creatures - Up in the Air - Two and a Half Men - The Perks of Being a Wallflower, Yellow Jackets

I just wanted to thank you for the AMAZING 5 days I spent in Wellington at the Screen Acting for Young Teens with Miranda and her team! It was truly one of the best experiences of my life and I could not have asked for a better 5 days. I met so many awesome people that I will be friends with forever. I didn't just get lessons in acting, I got lessons in life. - Niamh Cowley Connolly

Of this year's Rata Studios students, many were recalled and/or accepted for places at Toi Whakaari, Unitec, The Actors' Program and Whitirea and many have been cast in films.

Fitted with cutting-edge technology, Rata Studios is located in the brand-new $16 million building on the Scots College campus.

Miramar in Wellington, is renowned as a centre of excellence for film-making. Now young teen actors can take advantage of the remarkable skills, facilities and opportunities the world is talking about.

NB: Students need to make their own accommodation arrangements if coming from out of Wellington.

About the Tutors - Miranda Harcourt, Perry Piercy and other leading industry professionals. 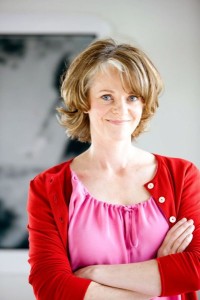 "Miranda’s skills as an actress and coach place her at the top of her field. The work she does is unique anywhere in the world."
Peter Jackson, director  Lord of the Rings - The Hobbit - The Lovely Bones

"For me it is wonderful to have a coach who is sensitive to my way of working... Miranda is great."
Jane Campion, director Bright Star

"Her energy, tenacity and goal oriented nature was a breath of fresh air... She’s the stitch in time."
Lauren Levine, producer Bridge to Terabithia

"I truly believe Soul Surfer would not be Soul Surfer without you. Thanks so much for all you’ve done to lift the spirit and performances of our cast."
Rich Peluso, Executive Producer Soul Surfer

"Leslie could never have come in full bloom without the freedom and life you showed me. You pulled Leslie out of me and I would never have won the award without your help."
AnnaSophia Robb, Bridge to Terabithia - The Carrie Diaries - The Way Back 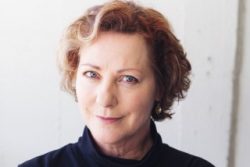 She teaches and consults locally, nationally and internationally.  Her mission is to give her clients the tools to express themselves in the way they want to be heard.

A graduate of the prestigious Voice Studies course at the Central School of Speech and Drama in London, Perry brings a lifetime of experience on stage and screen, in front and behind the camera to her teaching work.  Perry has worked at RADA and East 15 in London, and ITI in Singapore. She was the dialect coach on the recently released film Nude Tuesday.  She is looking forward to teaching at Rātā Studios again, and describes the course as ‘professionally pitched, combining collaborative learning, challenges and big fun!’

Emerging actors will devote the week to exploring the world of professional acting on stage and screen. Each teen will rehearse monologues and scenes, guided by teachers who have acted and worked on films like The Hobbit - Lord of the Rings - District Nine - Bridge to Terabithia - Bright Star - The Lovely Bones…

Using games, techniques, new skills and insights, each teen will complete the week with a new world of inspiration, knowledge and craft.

At the conclusion of the course each student will be sent some video footage of the week, comprising elements of class-work.