Following on from the great success of the Wellington Late Starters’ Orchestra, we are delighted that the Rātā Studios Big Band has continued to grow.

Following the same principles, the Jazz Band will be non-auditioned and open to adult players of all levels. Music will be arranged and provided for near beginners and to more advanced levels. This would be open to rhythm section players too, so piano, guitar, bass and drums/percussion, as well as all the usual brass and woodwind, are welcome!

The emphasis will be on enjoying music and learning the principles of playing in a Jazz Band (hopefully Big Band in time) without the pressure of getting things right straight away. 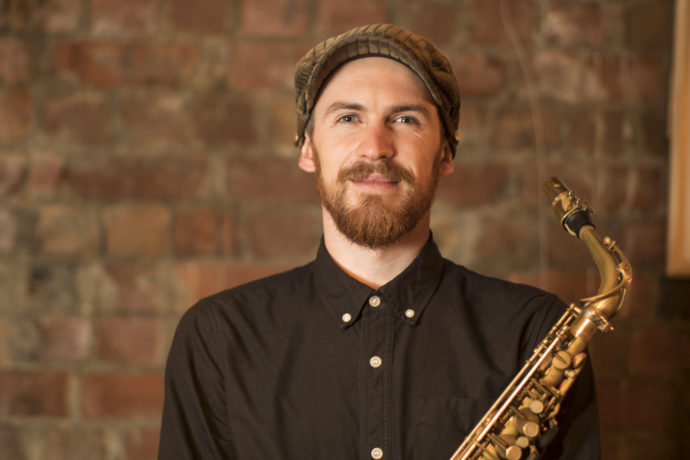 Jake Baxendale is an alto saxophonist and composer based in Wellington, New Zealand. Raised in remote Golden Bay, he demonstrates in his life and music a freedom of expression, a love of nature and a community oriented mind-set that is heavily influenced by his upbringing.

He holds a Bachelor of Music and a Post Graduate Diploma in Jazz Performance from Te Koki/New Zealand School of music, and spent 6 weeks in 2016 studying with top composers and saxophonists in New York City through the Edwin Carr scholarship. An experienced educator himself, he tutored jazz theory at the NZSM 2011-12, and led combos, theory, and composition and arranging classes for the Young Musician’s Program in 2011, 2012, and 2014. He has taught private lessons in saxophone, clarinet, theory and improvisation for the past 10 years.

Jake has toured Aotearoa, Australia and South Korea with his groups The Jac and Antipodes, and has performed and toured nationally with the New Zealand Symphony Orchestra, Rodger Fox Big Band, The Wellington Mingus Ensemble, The Troubles, the Richter City Rebels, and his own trio JB3, among many others.