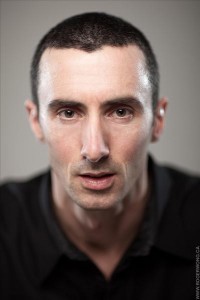 Ben Fransham is a NZ actor who has performed both on stage and on film.

His last play was the sold out 2013 STAB season of Pandemic, at BATS Theatre, after stunt performing on The Hobbit Trilogy, and also with Terry Notary (from Rise of the Planet of the Apes), performing goblins, orcs, and motion capture.

Ben was recently invited to join fellow cast members at the 2014 Sundance Film Festival, for the premiere of What we do in the Shadows, the latest collaboration between buddies Jemaine Clement and Taika Waititi.

Other recent gigs include the feature film Eternity, and short film Alfons: Too Much Hanky Not Enough Panky, and The Cure.

Ben trained at the New Zealand School of Dance, graduating with two diplomas after a scholarship third year in 1991. He toured with the RNZB, Dance South, Footnote Dance Co., and gradually moved into acting from there. He has triple threatened his way through Tomfoolery, West Side Story, Urinetown the Musical, and several national tours with Capital E Theatre in NZ, plus Hello Dolly in Melbourne. One career highlight, was winning a small part in the 2002 world premiere and tour of Sydney Theatre Company’s David Williamson play Soulmates, starring Academy Award nominee, Jacki Weaver.