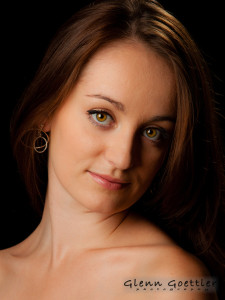 Fiona also has Diploma in Dance Performance from the New Zealand School of Dance and a fitness consultant degree from T.A.F.E New South Wales. She trained as a dancer from age nine in jazz, modern, contemporary and ballet. Australian born, Fiona moved to New Zealand at age 16 to train as a classical major at the New Zealand School of Dance graduating in 2007. After graduation Fiona danced in Australia, Japan and the United States.

Highlights of her dance career include performing principal and soloist roles for Mystic Ballet CT USA. Her three favourite pieces she performed during her time in Mystic Ballet where Snow White in Rafik Hegab’s restaging of Snow White, Brian Enos Os Quindos de Ya Ya and Giselle in Sergei Vanave’s Giselle. Fiona has also had the privilege of dancing for the Royal New Zealand Ballet in their 2007 season of Swan Lake. Also dancing in the commercial world she has performed in the World of Wearable Arts festival, music videos for Gin Wigmore and Brian Mc Fadden, was the face of Crestor in 2008 and performed as Snow White, the Evil Queen and a myriad of different Disney charters in Tokyo Disney’s One Man’s Dream Stage Show.

Fiona currently teachers ballet and contemporary at Love of Dance Studios in Newtown. She has also had the great fortune to teach dance in Australia, the United States and most recently in Berlin as a part of a Royal Academy of Dance summer workshop.