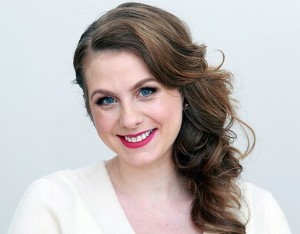 Alix Bushnell has worked extensively in New Zealand film and television. Alix attended New Zealand’s National Drama School, Toi Whakaari and it was from there she was selected for the role of Britta in Go Girls. Go Girls shot five series over four and a half years and won Best Drama Series at the 2012 Aotearoa Film and Television Awards.

Since then, Alix had a major role in the New Zealand feature film, Matariki, directed by Michael Bennett. She shot the film between production on series one and two of Go Girls. The role earned her a nomination for Best Supporting Actress in a Feature Film at the 2011 Aotearoa Film and Television Awards. She also appeared in the New Zealand drama series, This is Not My Life and has featured in several television commercials. Alix also completed her degree at Victoria University in English Literature and Drama.

Alix Bushnell is currently mum to baby George and  teaches drama to children and teenagers.