You don’t need any experience or prepared material. You don’t even need to be a class clown! Just bring your sense of humour.

During class we will write, practice, edit, play games, perform for each other, and most of all laugh—with the ultimate goal of building from scratch, a 5-minute “set” to perform  for your friends and family. This  “set” will take place at Rātā on the last Saturday afternoon/evening after the workshops and will be run like a pop-up comedy club for the participants’ friends and family. 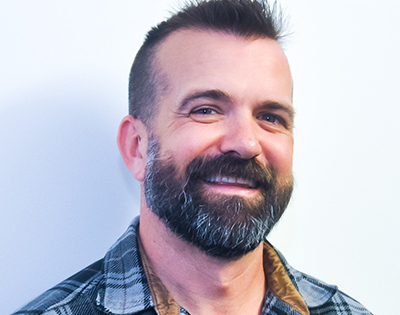 Neil Thornton: Is a comedian, teacher, and founder of the NZ Comedy School. In addition to his career as a stand-up comedian, Neil Thornton has been teaching for close to 30 years. He taught courses at the high school and university level in Creative Writing, Composition, Creative Nonfiction, Technical Writing, and Effective Presentations. For most of his professional life.

After moving to New York City in 2007, Neil became a working stand-up comic, performing everywhere from NYC to Washington D.C., Provincetown, Fire Island, and more recently Japan, Australia, Edinburgh, and beyond. In 2014, what was supposed to be a six-month adventure in New Zealand has turned into a permanent home.

Since then, Neil has made a big impact on the New Zealand comedy circuit as he tours up and down the country and all over the world, entertaining audiences with his battles of understanding different cultures and finding his own identity.

He’s a regular at The Classic in Auckland and appeared in the TV3 comedy special “After Hours.”

In 2017, he launched the NZ Comedy School and has graduated hundreds of students all over New Zealand, many of whom are now working comedians.