Playwriting for Teens and Young Adults

The most important part of a writing class is the act of actually writing. This course is about learning the craft of playwriting and practising that craft every lesson. To find your voice as a playwright, the first step is pen to paper.

In this course you will learn the core principles of playwriting, the many facets of the craft, what you can do with it, and the various steps you can take to getting your script on a stage.

This course is specifically directed at aspiring writers and theatre makers between sixteen to twenty-five – it’s about young people finding their voice and ability to capture their generation. Once deciding upon an idea for a short play each student will be given a contemporary playscript to read and use as a tool for their own work.

Students will leave the course with a short play and the tools to craft and write full length work. First and foremost this is a course about finding your voice as a playwright, and having the confidence to start putting your work on its feet. 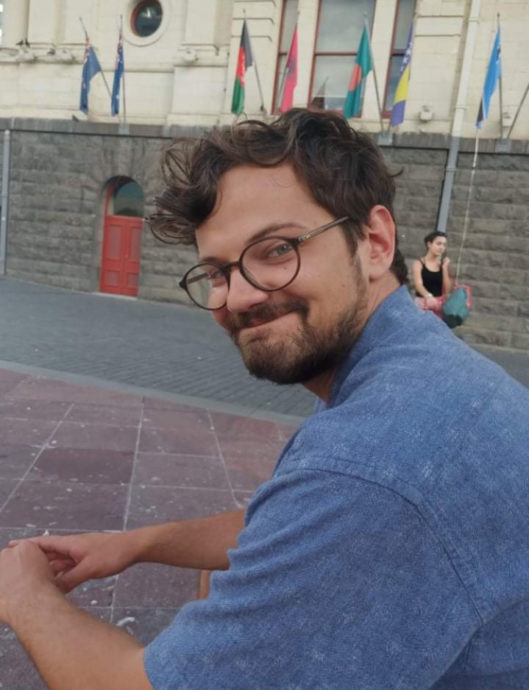 Ben Wilson is a New Zealand based playwright with a Masters in Scriptwriting from the International Institute of Modern Letters. Ben has been taught by some New Zealand’s leading writers including – Ken Duncum, Briar Grace-Smith, Dave Armstrong, Gavin McGibbon.

His first play I’ll Be Fine was produced and performed at BATS Theatre, Wellington, in 2014 when he was eighteen. The production travelled to Aucklands The Basement theatre in 2015 where it performed as part of the Basements Schools programme. I’ll Be Fine was nominated for the 2015 Playmarket’s Playwrights B425. His second play Call Me Bukowski premiered at BATS Theatre in 2015 and was nominated for the 2016 Playmarkets Playwrights B425 award.

In 2016, while completing his Masters in Scriptwriting with Ken Duncum, Bens third play Fred is Cold was produced at BATS Theatre. His radio play Plain Crazy was also produced and broadcast that year by Radio New Zealand.

In 2016 Ben was shortlisted for the Peter Harcourt best new playwright award at the Wellington Theatre awards for Fred is Cold.

In 2017 his play Super Clean was produced at Victoria University as part of the New Zealand Fringe Festival and in 2018 his ensemble play Almost Sober was produced at Wellingtons nightclub Club 121 for a sold-out two-week season.

In 2019 his play Post-It Notes was produced at BATS Theatre as part of the New Zealand Fringe Festival. Post-It Notes earned Ben his third Playmarkets Playwrights B425 nomination. In 2019 he was commissioned by Wellingtons Long Cloud Youth Theatre company to write and co-devise his anthology play Breaks.

He was the 2020 winner of Playmarkets best new play by a playwright before 25 for his play Homemade Takeaways which is showing at Circa Theatre in March this year.