This course is now FULL. No more enrolments are being taken sorry.

Come and spend 3 days learning all about the secrets behind magic.

Over the 3 days students will learn a foundation knowledge of magic, some key tricks and an understanding of simple magic principles. 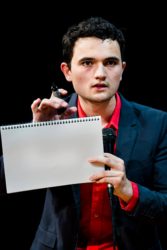 The main categories of magic will be covered and  1 or 2 tricks within each category will be taught including: 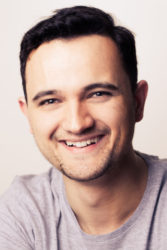 Justin is a recent graduate of Toi Whakaari: NZ Drama School. Since graduating in 2015, Justin has worked for the Wellington International Arts Festival, starred in the two person musical The Last Five Years and toured Canterbury with the Court Theatre. He has starred in three short films and features in an upcoming US TV mini-series. Outside of Acting, Justin is a self-taught magician, performing magic professionally before his time at drama school. He also has experience teaching improvised theatre.