Join us for an action packed, week long acting intensive, exploring the performing arts craft through different lenses. We will hone our skills in Improvisation, Theatre, Film, Puppetry, Stage Combat and Radio!

Together we will explore the underlying instinct that connects them all.

Come and spend 5 days of fun and creativity with us. 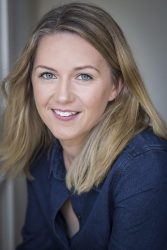 Chantelle is an acting graduate from Toi Whakaari: NZ Drama school and the John Bolton Theatre School. She has worked as an actor & director in Israel, China, Ecuador and Aotearoa and performed in several television, film, and theatre productions with companies such as Red Leap Theatre, Ensemble Impact, devised the show ‘My Boyfriend Got a Beatle Haircut’ performed in the Wellington Fringe Festival, and toured clown show ‘Bird Booth’ with Sarah-Jane Blake. For many years she worked at Hawkins Youth Theatre Company and directed ‘How the Kiwibird Lost Its Wings’, ‘One Thousand Paper Cranes’ & ‘The Red Balloon’, and produced ‘The Cohort Hotel’, ‘Grimm Stories’, ‘The Lorax’ & ‘Wide Awake’. In 2019 she is Co Director of magical puppet show ‘Matariki Glow Show’ by Little Green Man Productions. Chantelle is very excited to be working with Rata studios this year!