The Film and Musical Theatre Workshop Week will be action packed! You will be encouraged to use your imagination, create stories, act, improvise, laugh, sing and dance. We will be viewing film clips, interpreting, experiencing and improvising various aspects of film. 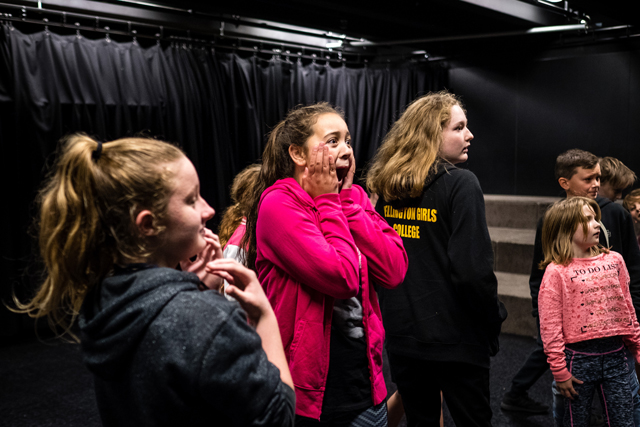 We will also be exploring material from the world of musical theatre and combining vocal, movement and acting techniques.

The focus of the week will be to develop character driven stories. You will work with industry professionals to create believable characters for your short film and short theatre presentation. Our student film maker will film and edit your stories.

The week will culminate in an informal performance and short film presentation for invited friends and family. This will give you the chance to put what you have learned into practice.

Most of the time you will be working in groups, but if you want to leap into the spotlight there will be opportunities for this as well!