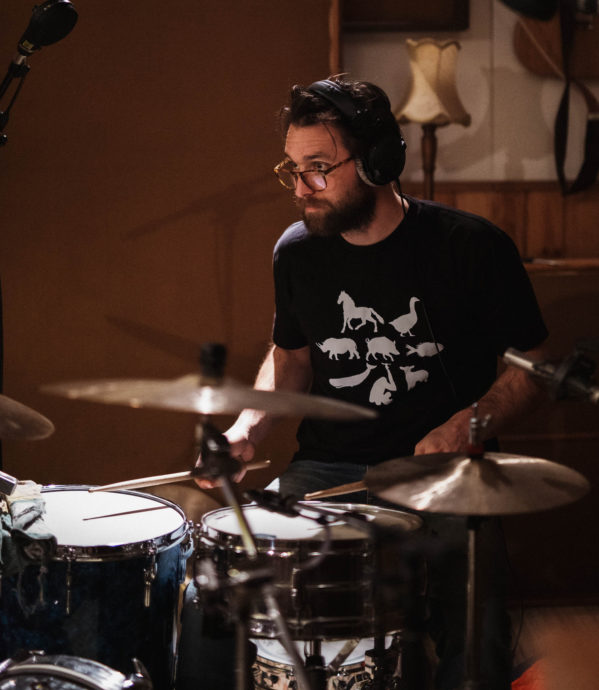 Thomas Friggens is a Wellington based drummer, percussionist. With a strong foundation in Scottish Pipe Band Drumming, Thomas pursued music at the New Zealand School of Music, graduating with a Bachelor of Music in Jazz Performance on Drumset.

In 2012 he gained a position in percussion ensemble ‘Strike’ and toured New Zealand extensively for 5 years. During this time Thomas began work as a session musician, gaining work such as, recording drums for studio albums, music for film, and performances for the World of Wearable arts franchise.

Around all of this Thomas has pursued his own acts and collaborations of original music and arts material. He’s written two through composed shows for the Wellington Jazz Festival, one being an adaptation on the west side story and the other a fusing of music between Theonious Monks compositions and the styles of American prog rock group the Mars Volta.

Of the original acts he’s collaborated in, some of the more notable ones from earlier years are John the Baptist and Brockaflower. More current acts include Sea Mouse, Edie, and Shades of Shakti.

Thomas is defined by his genre defying attitude towards music. From Balkan folk music, to South American funk and everything inbetween he honors the music by engaging in the roots of it to understand how to approach it on his instrument. After which he enjoys bringing it into the present context of his own voice, giving any project he is part of a unique sound and deep emotion.